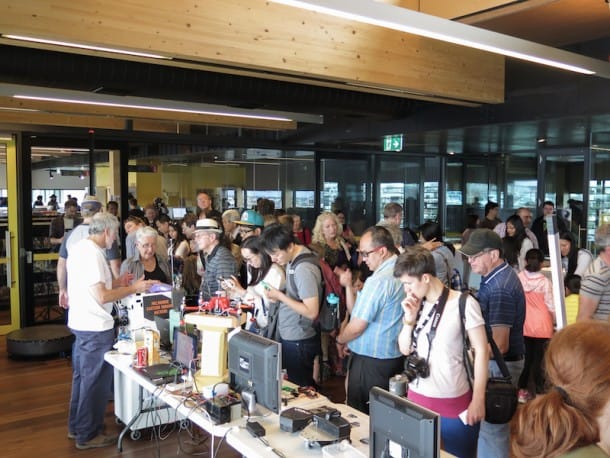 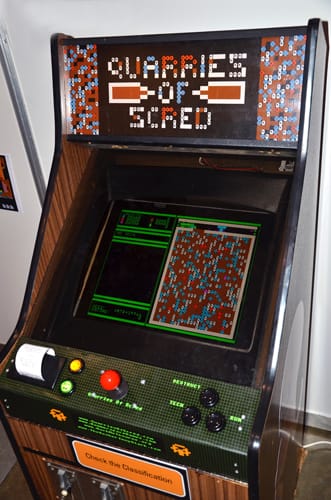 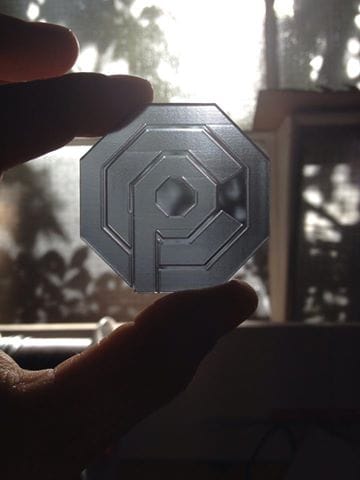 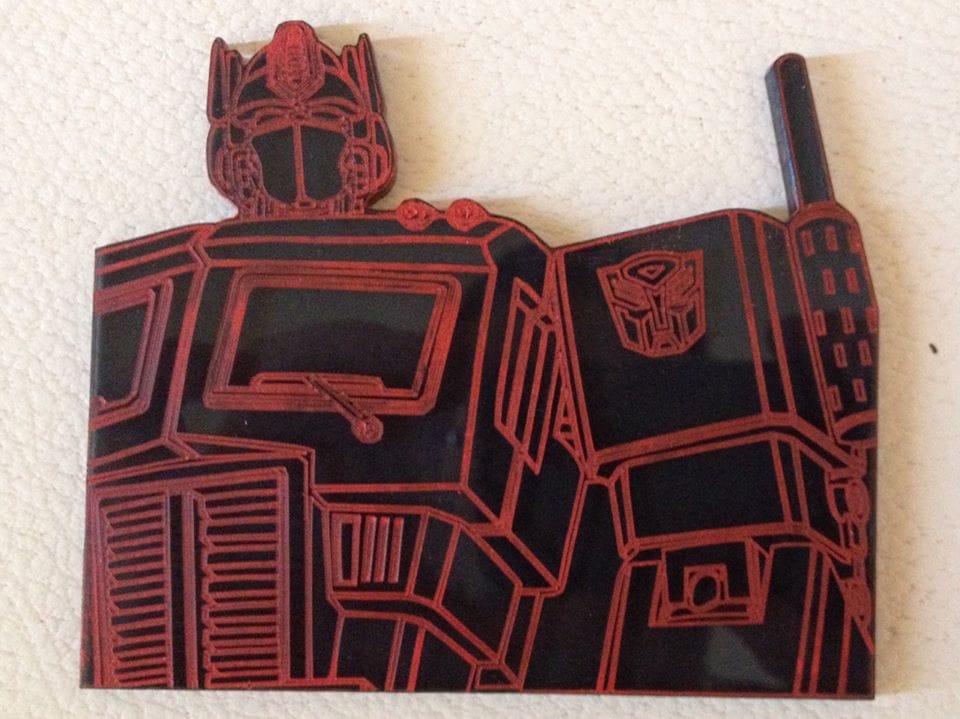 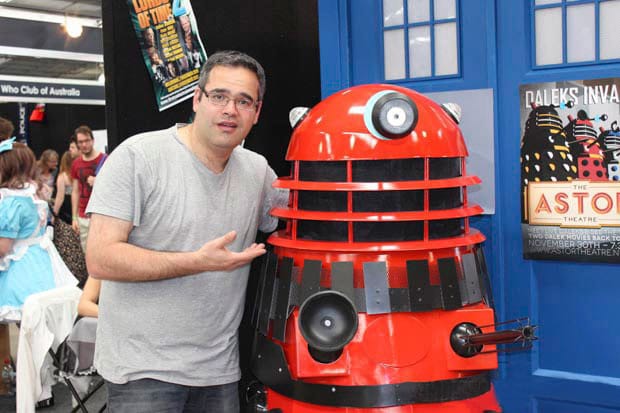 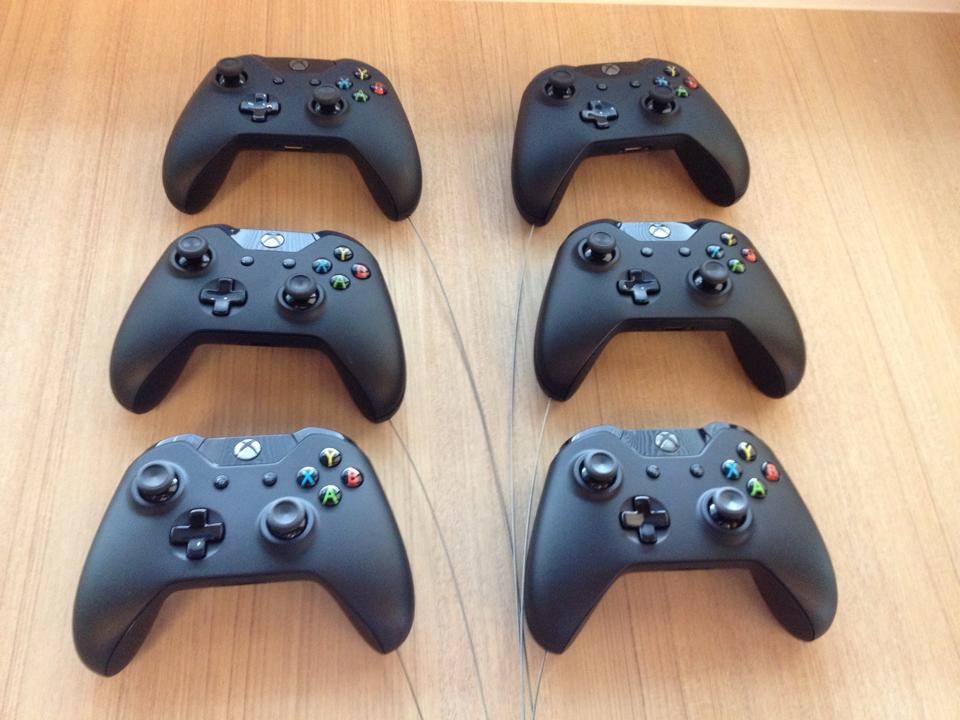 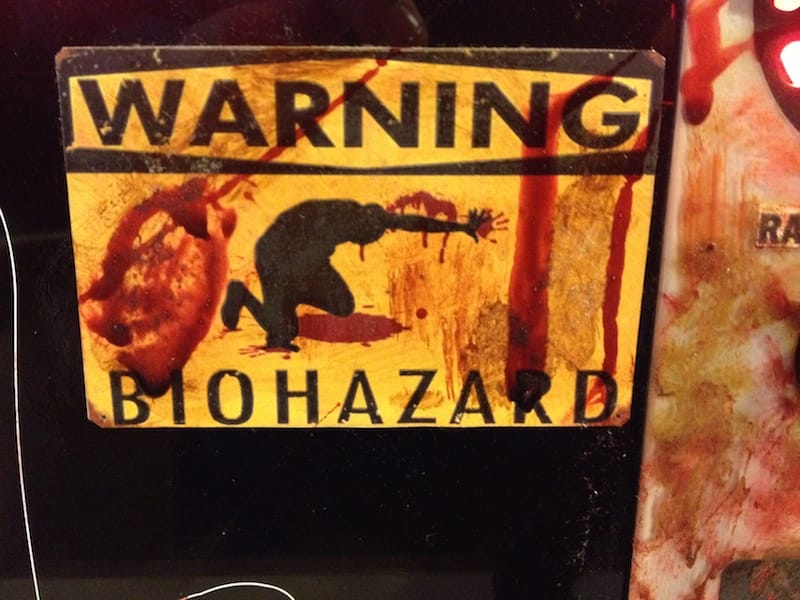 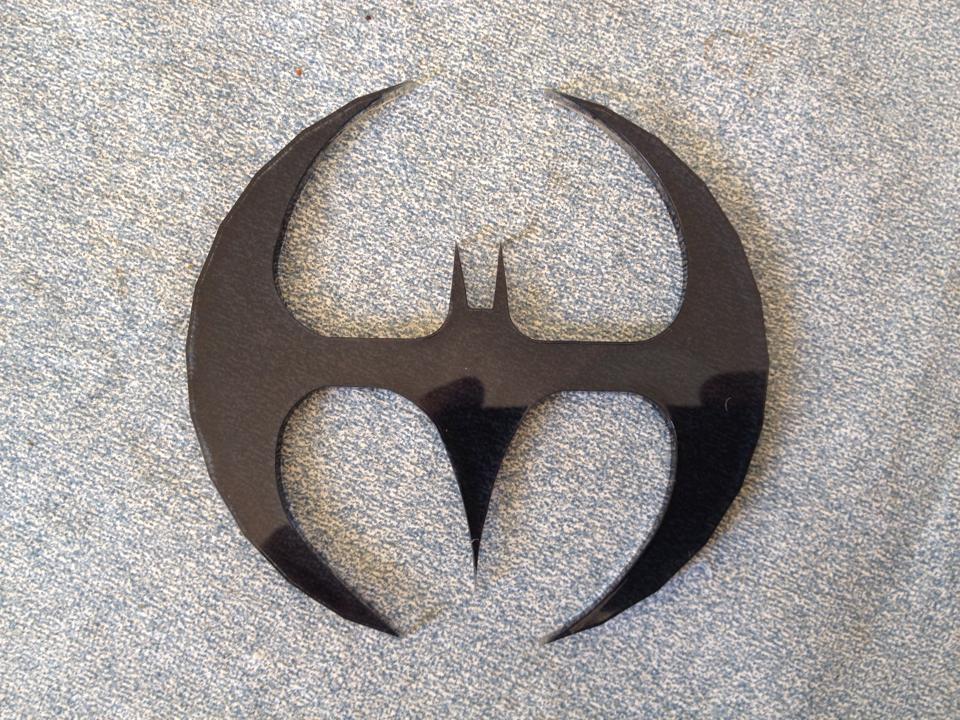 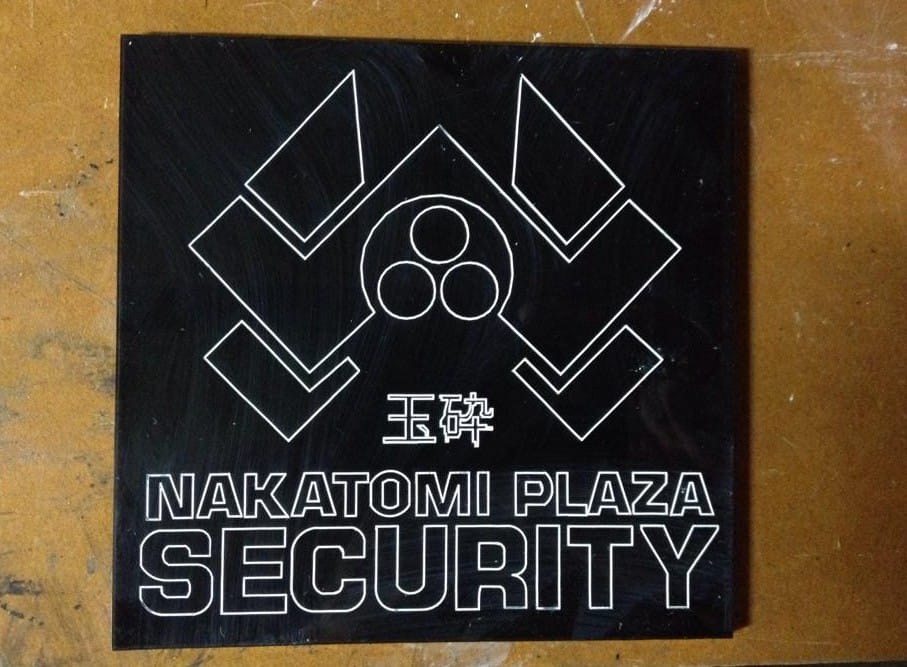 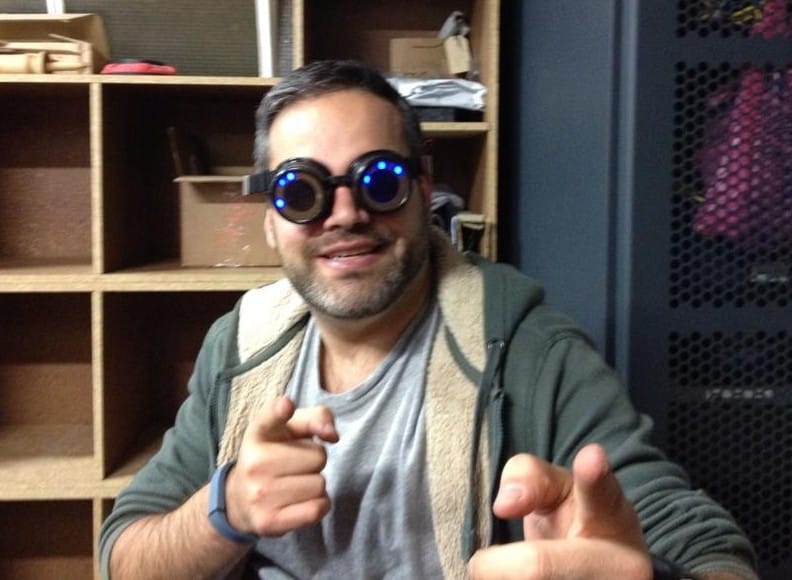 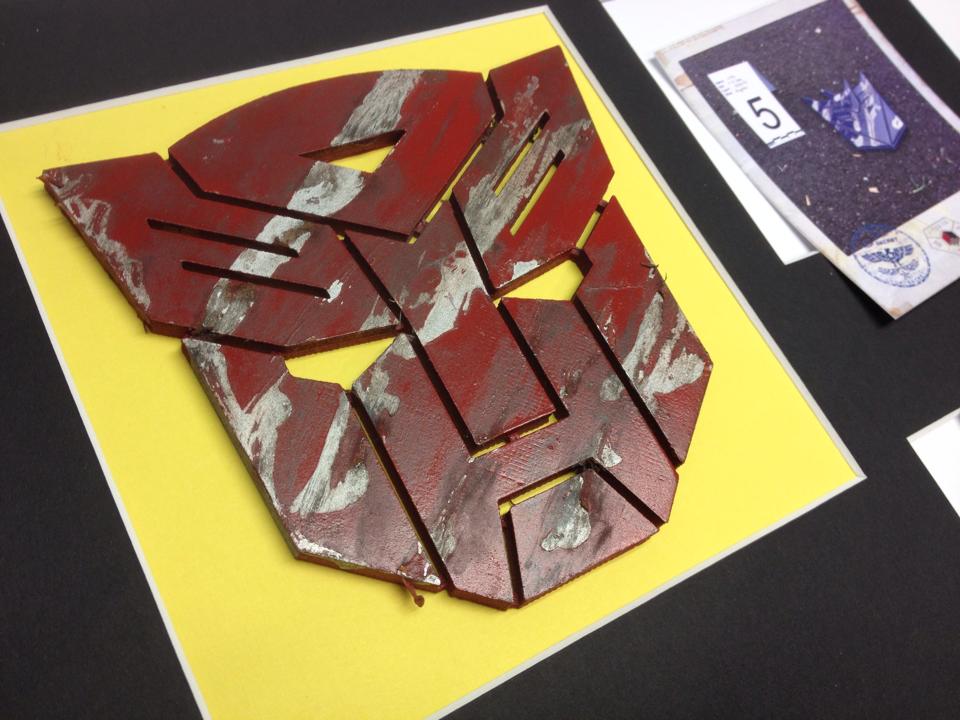 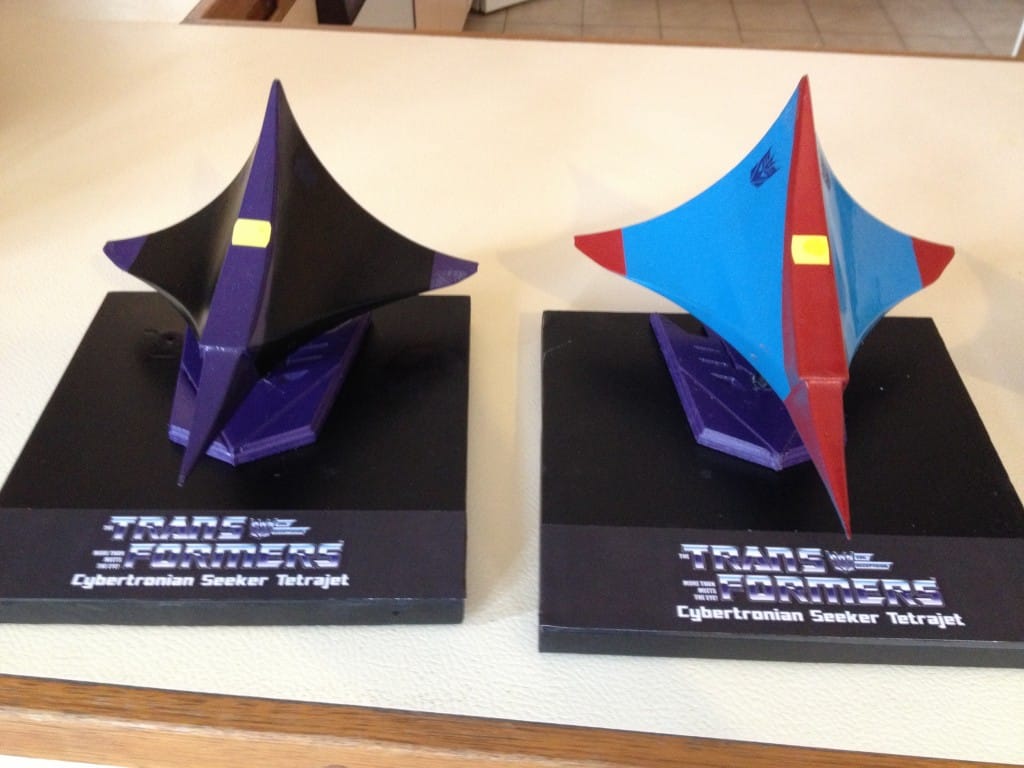 This is a custom one of a kind arcade cabinet  created for PAX AUS 2014 to showcase the amazing independent game, QUARRIES OF SCRED.

The game QUARRIES OF SCRED harkens back to a simple arcade style – dig down, collect different minerals and dirt ore and return to cash in! Strategic use of lasers, land mines and self-destruction will ensure access to hard to reach areas, though care must be taken at all times within… the Quarries of Scred!

While this game was already written, I was asked by a mutual friend if I would be interested in finishing an arcade cabinet I was retrofitting in time of PAXAUS. I was interested in the idea, and without even seeing the game, jumped in with both feet. I love a deadline, and I really liked the idea of gamers playing with the final product.

The arcade cabinet has some really nice features :

The cabinet started its life with me as a gutted Aussie Lowboy that I picked up in Adelaide when I was living there for a time. It has been in storage for close to 14 years. I had the parts  as I had been collecting them as I found them, I just didn’t have the time to put it all together.

The internals were completely missing, including the monitor chassis, which we fabricated for the project. John Spencer even went so far as fabricating a new controller console out of aluminium for the project. He did an amazing job, and I’ll be honest that my mind was blown when I walked in the door and saw it sitting in the machine. Above and beyond. Thats why I love working with John.

The machine was placed in the Classic Gaming area of PAX AUS 2014, where it was played over a thousand games in three days. The feedback was amazing, and tickets were collected by players. Looking forward to the cabinets next apperence.

Fore more information on this build, check out these blog posts : 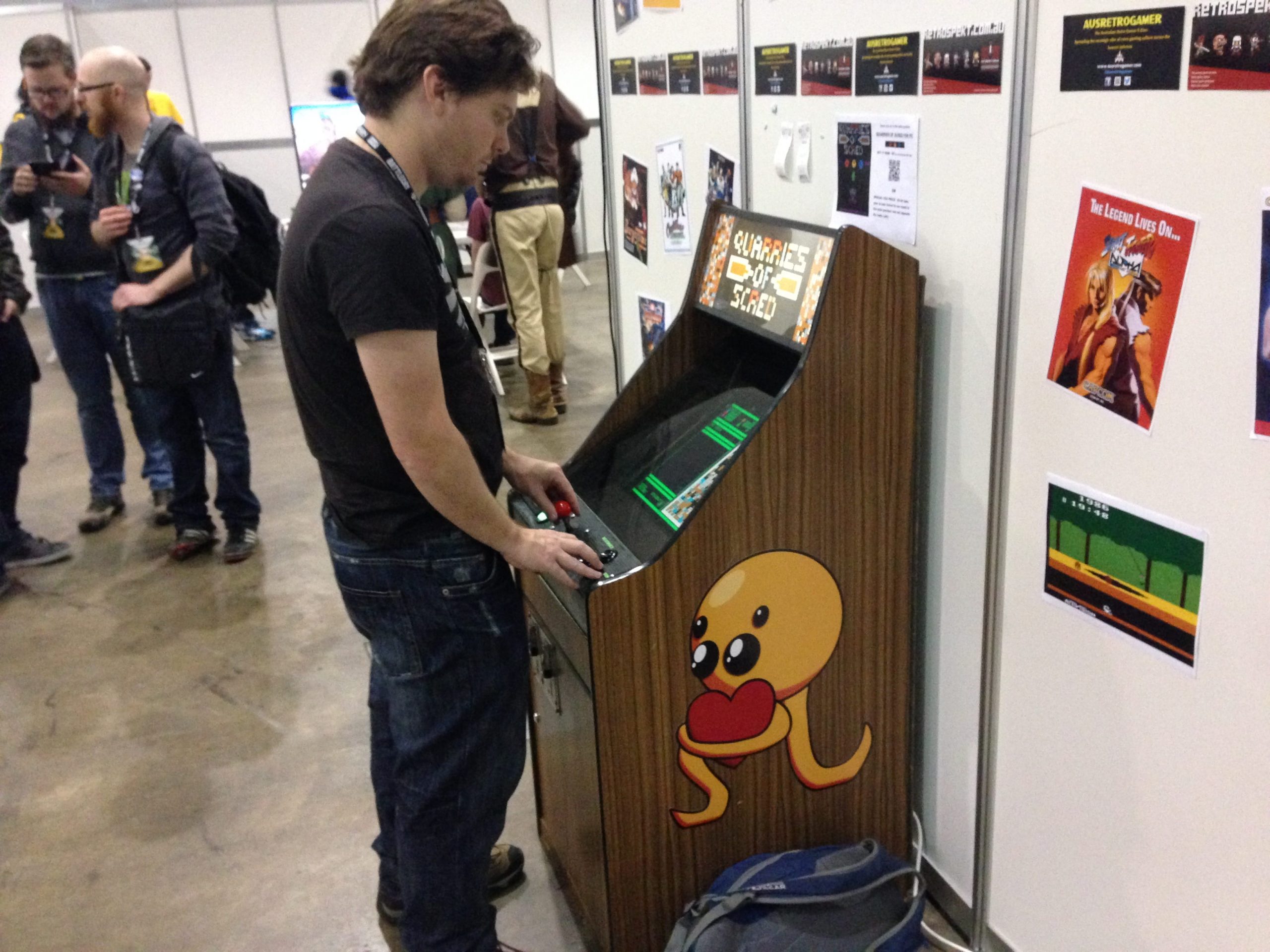 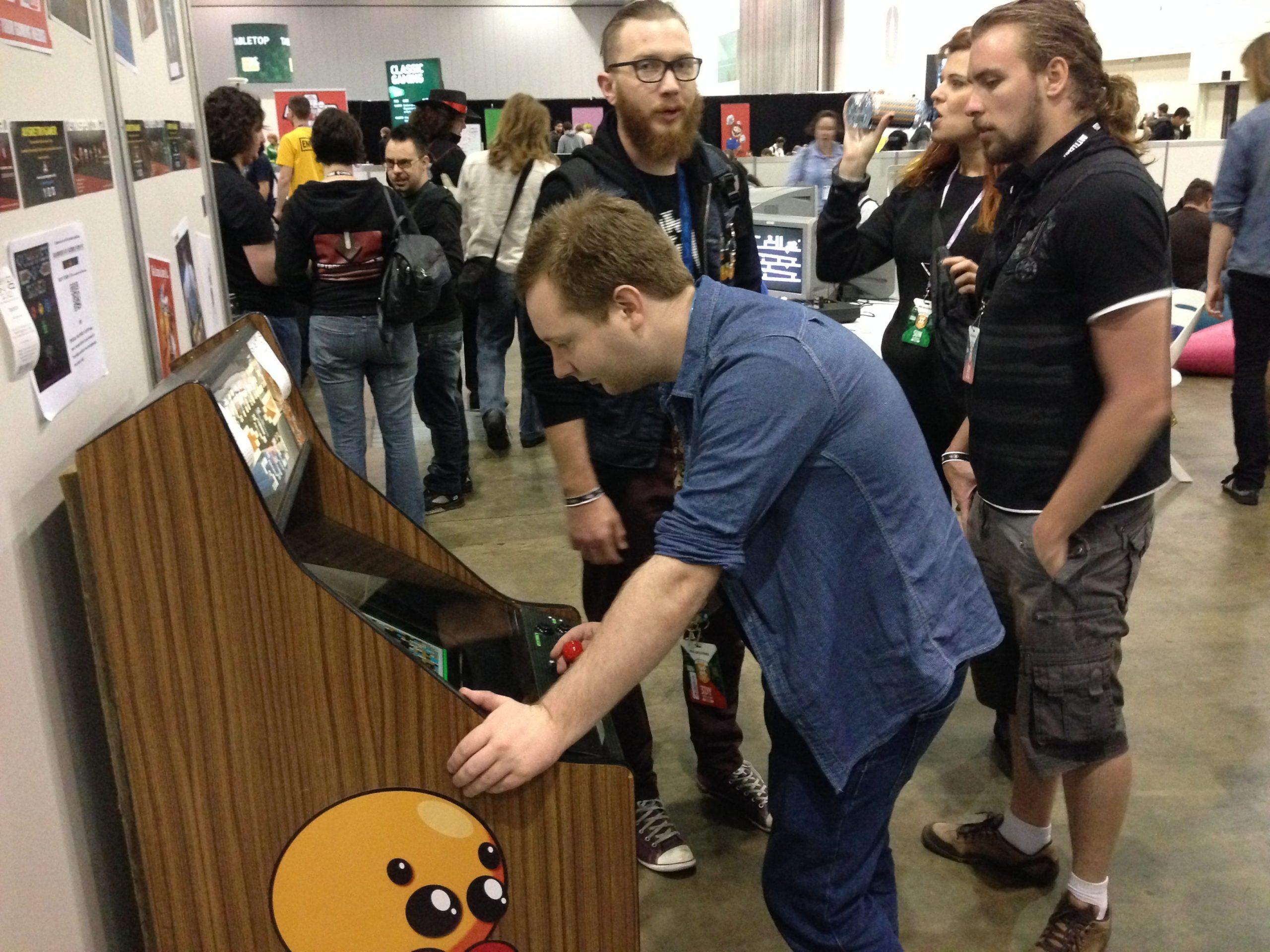 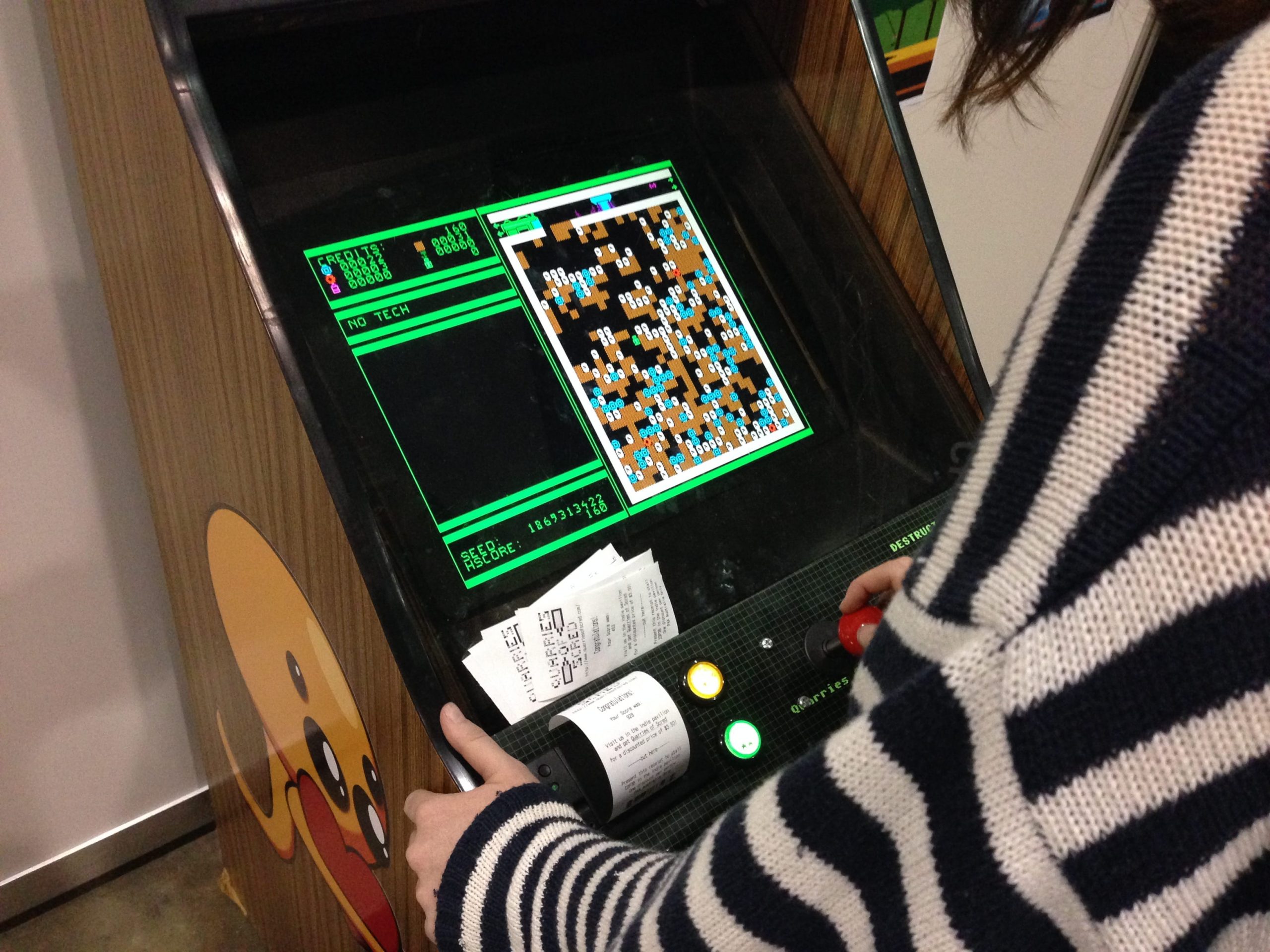 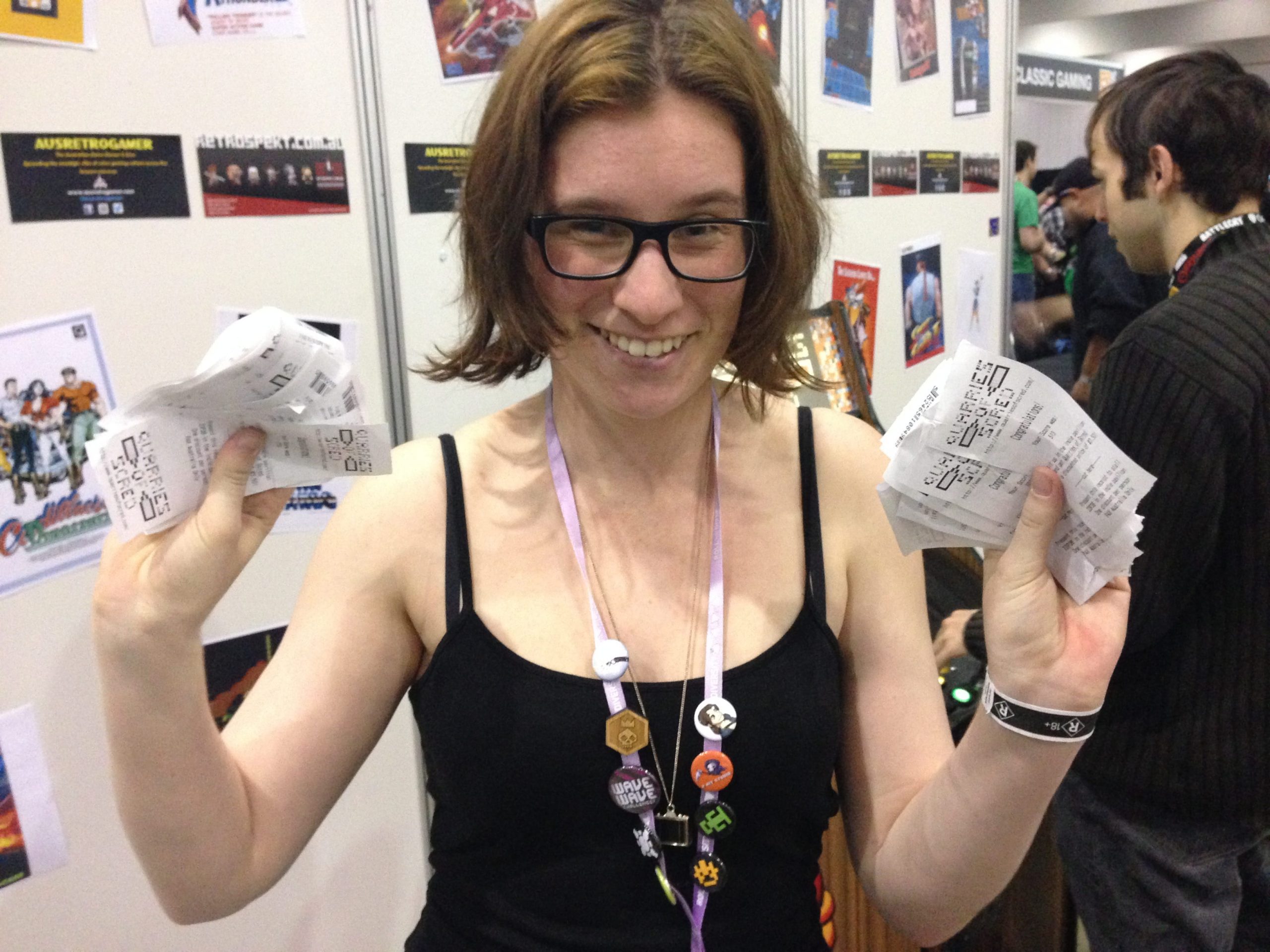 This started feeling like the early 80’s with people waiting around to play Quarries of Screed!

Over the shoulder action as the gameplay keeps everyone riveted!

Happy gamer and her prized takeaway!

Yeah, that the ticket! 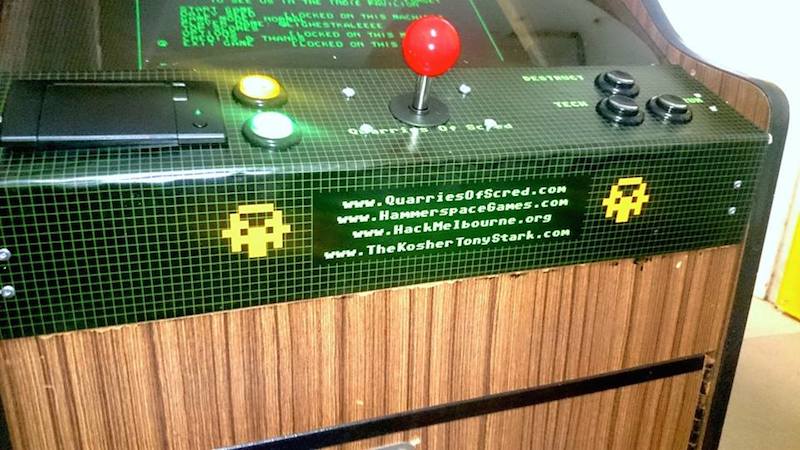 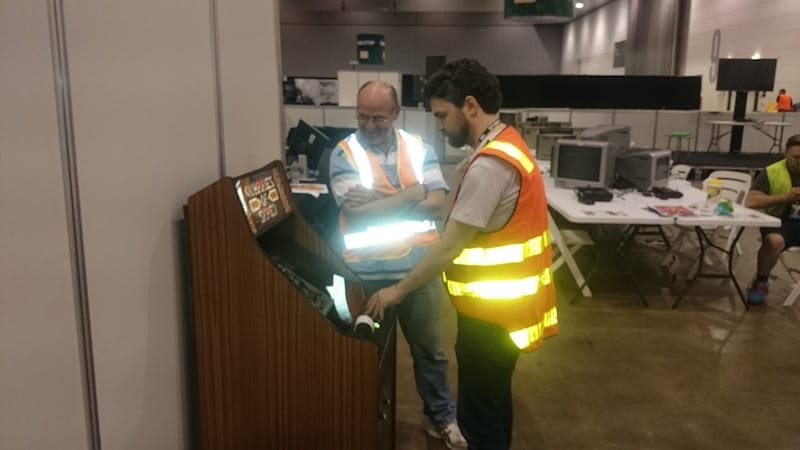 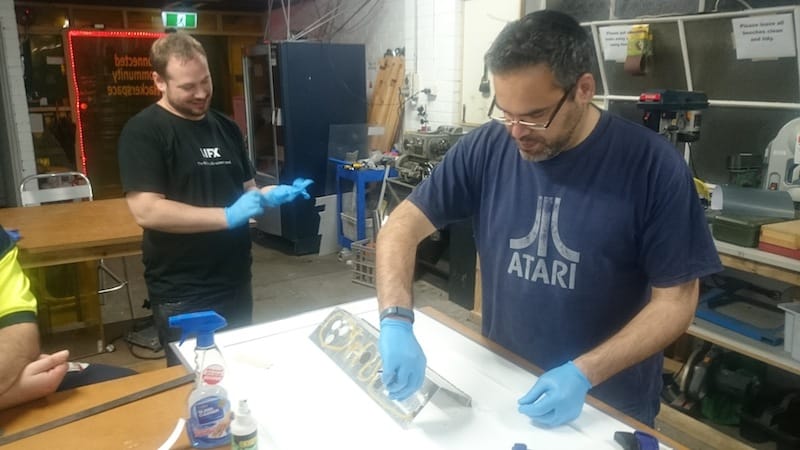 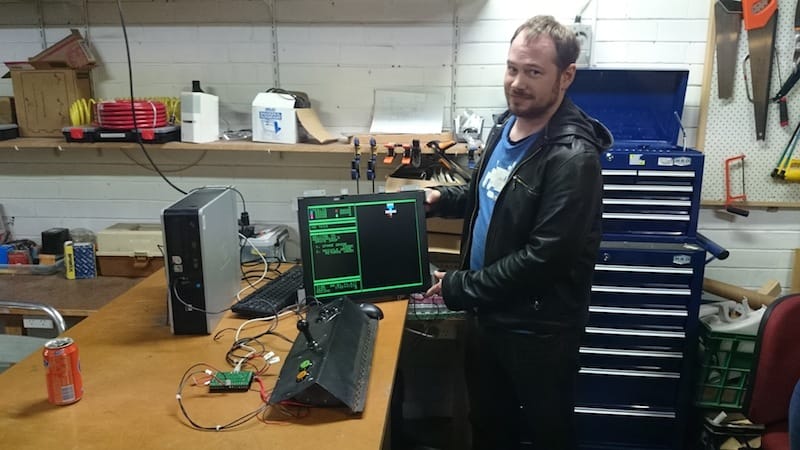 Close up of the control panel on the arcade cabinet. The URL’s are a great touch.

Greetings programs. Welcome to the game grid. Setting up for AUSPAX 2014 and the machine is already getting played!

Two by two, hands of blue! KTS and Spencer applying  the graphic sheet to the aluminium controller.

John Spencer power up the system for the first time! At CCHS. 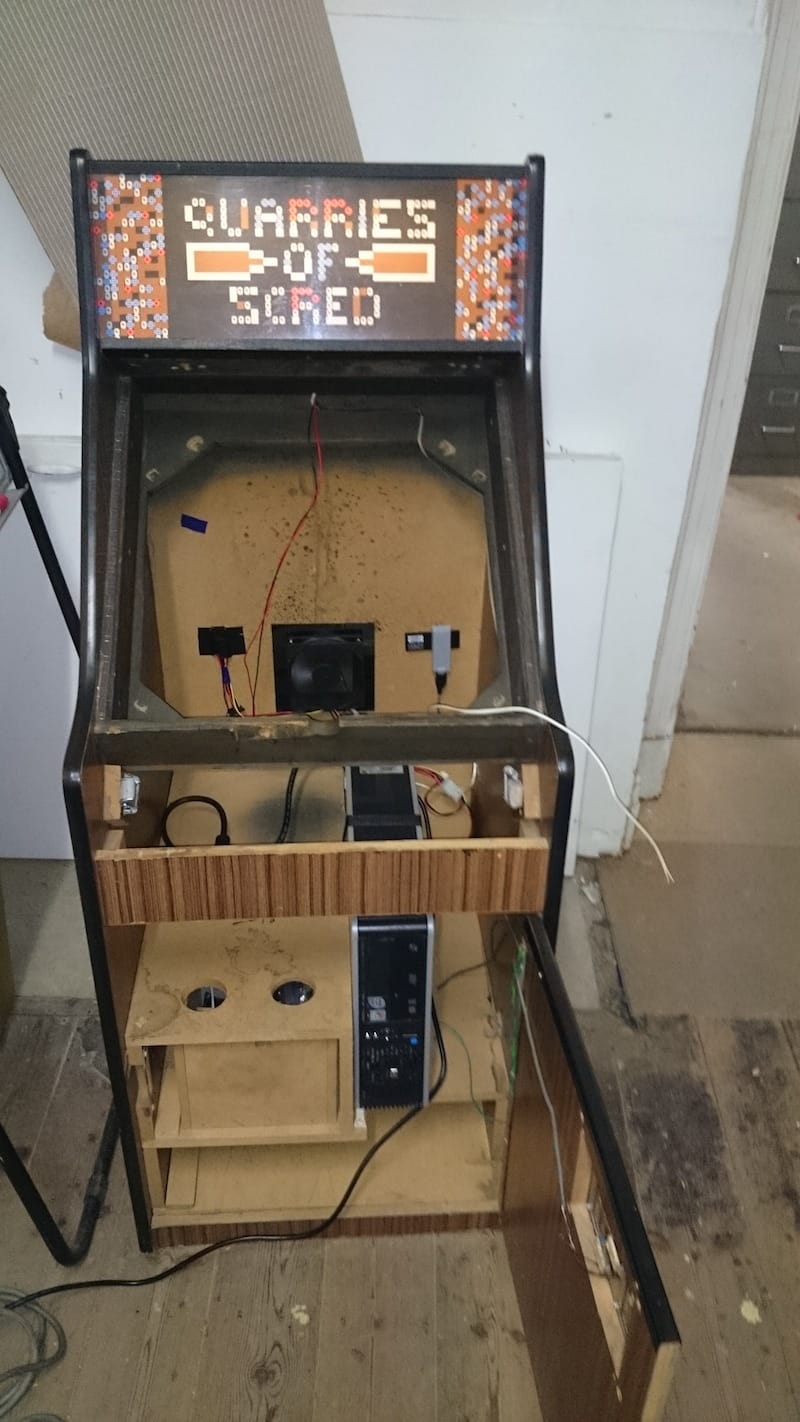 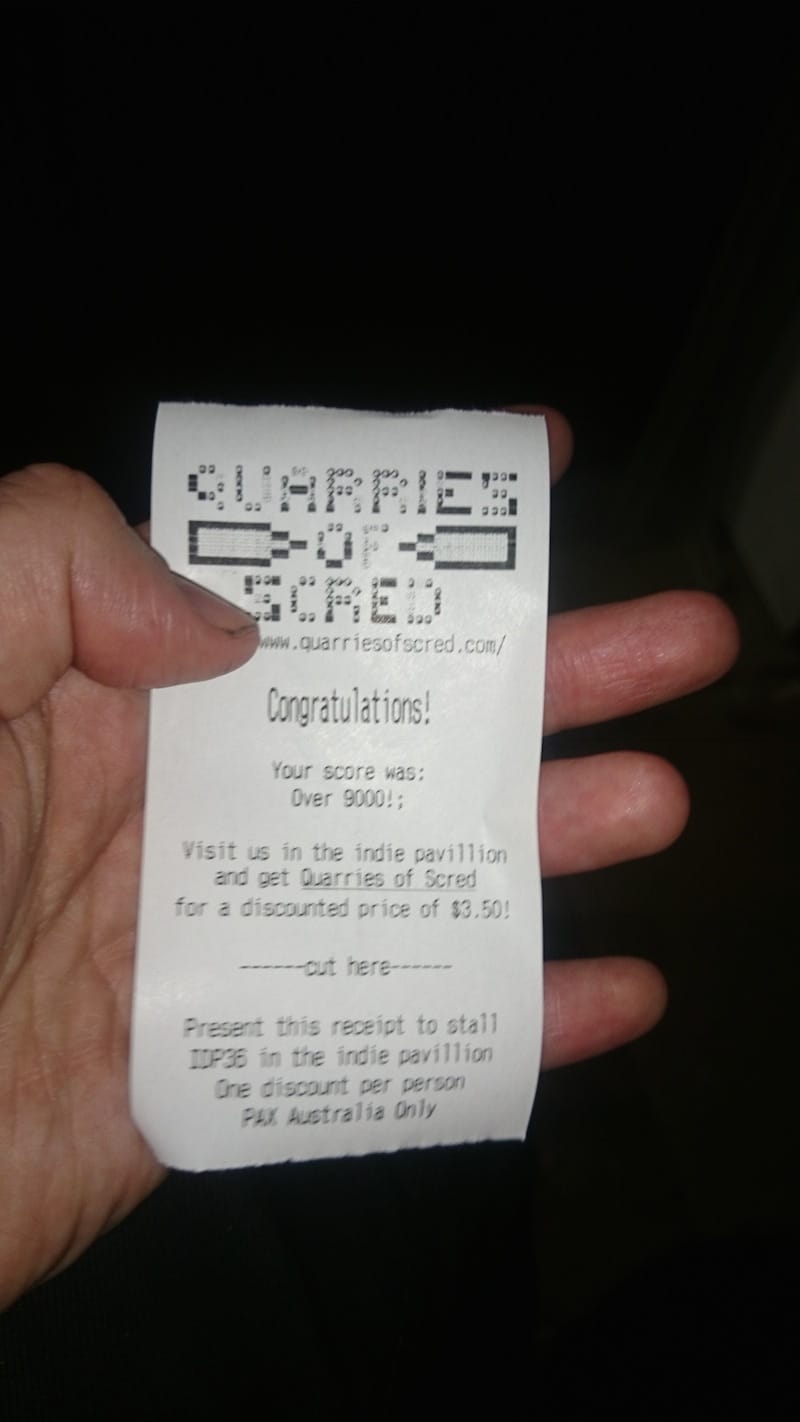 Ugly duckling. Turns into a retro gaming machine. Everything has a beginning.

Printer working with score printout. Everyone gets to take their score with them!