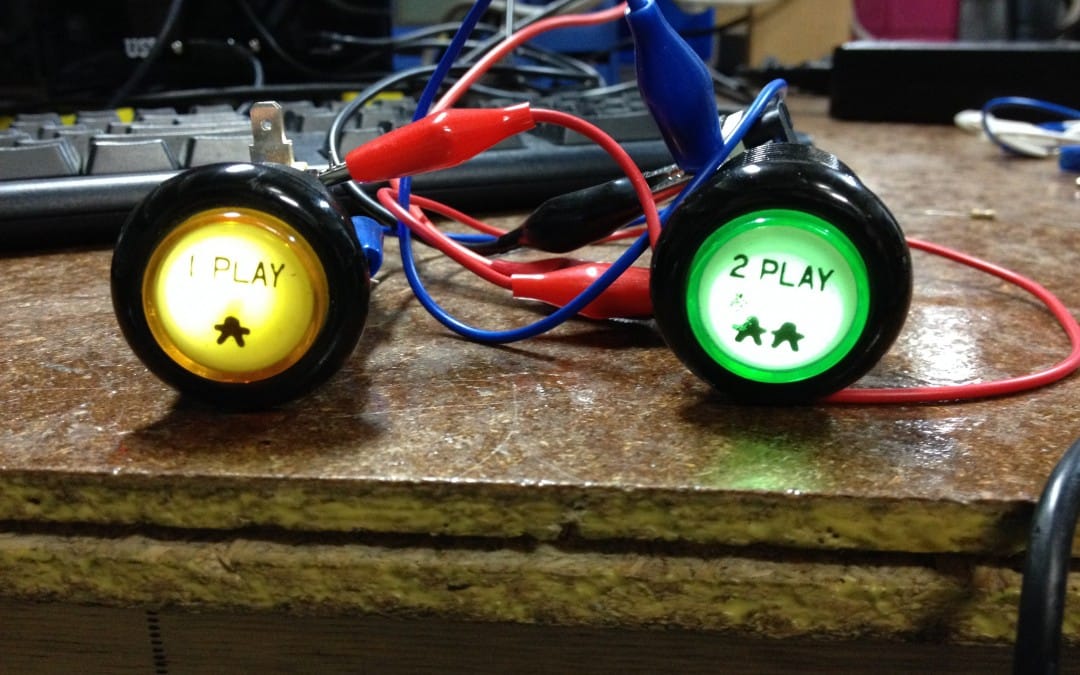 More than 10 years ago while in Adelaide Australia I had some free time.  After looking around the net, I discovered people retrofitting arcade machines with PC computers and creating MAME (an acronym of Multiple Arcade Machine Emulator) machines. They looked just like the arcade machines I grew up playing, but instead of playing just one machine, you could set a MAME machine to play any game you could get your hands on.  There were supports for over seven thousand unique games, that’s a lot of gaming.

I started looking around for machines that I could convert and originally thought of getting a Tabletop machine  Then I saw a Princess case sitting there with no parts, (it had been a diner machine, and didn’t have a monitor, buttons, board or power supply).  I knew that was what I wanted for my machine. I dragged her back home and started work.

Except I found out really quickly that all the parts I needed to get her up and running were out of my reach. So over the years, I kept my eyes open and looked for the parts I needed to get her completed. The case sat there for close to seven years, and all the time I would look for affordable parts. In the end, I had everything I needed but the donor computer.  However, that all changed very quickly.

A few months ago, I was hanging out at the CCHS (www.hackmelbourne.org) when John Spencer started chatting to me about PAX Australia (http://aus.paxsite.com), a gaming convention coming up.  He mentioned that he had a friend of his who had developed a Java game that he would like to display. That game is Quarries of Screed (http://quarriesofscreed.com). When I mentioned I had a video game case, Spence and I hatched a plan to get the machine fitted out before PAX, and use it to introduce the game to the gamers!

The first step was to get the machine to the Hackerspace, and Spence was the man to step up to the challenge. 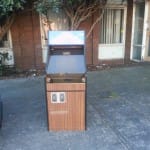 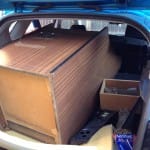 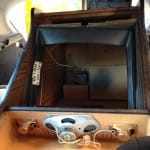 View from the drivers seat 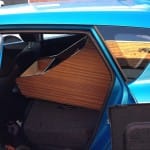 and on the side. Tight fit!

Once we had the machine at the Hackerspace we could not help but pull it all apart and go through the case. Never get makers and machinery together because a ten-minute inspection becomes a two hour, “Let’s do this! We can do that!” session… 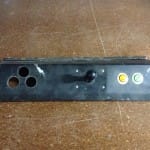 This is where the action is… 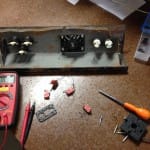 Cleaning and fixing the old worn out parts! 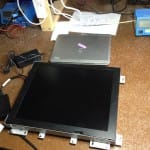 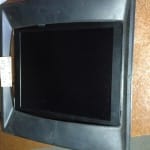 And sizing it up with the original bezel

After looking at the parts I had, and the stuff we could reuse, Spence and I hit upon the idea of lighting up the Player One and Two buttons, kind of an attention grabber. Some remodeling, drilling and careful fitting, and we had what we were after! 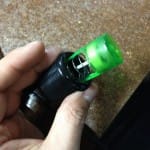 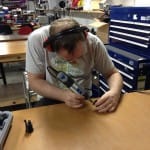 Cool hand Spence and his Dremel 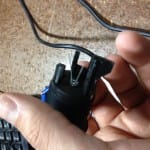 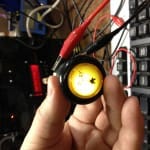 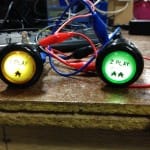 After some testing and placing the new reconditioned buttons into the control panel, we called it a day. Not a bad first day’s work on the arcade machine.