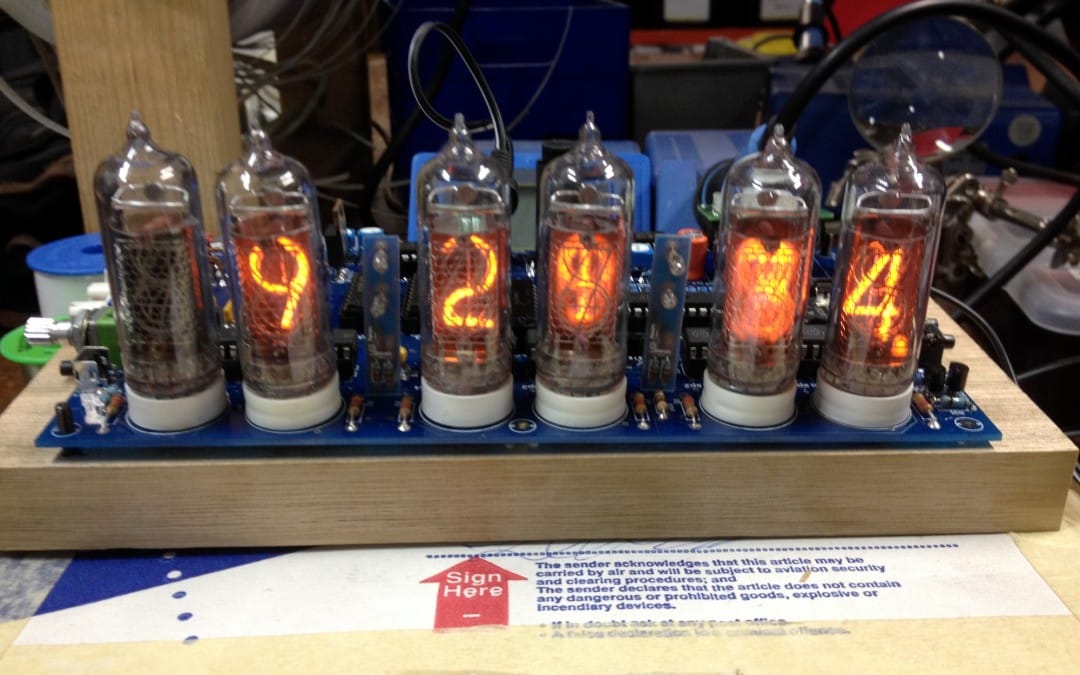 In 2004, I bought a PIC based Nixie Clock from an online vendor. At the time, I had very basic soldering skills but I was able to work through the kit and finish it.

I love old technology, and the Nixie tubes are cold cathode display for displaying numerals or other information using glow discharge. As I was growing up, I fell in love with these displays in 50’s and 60’s Science Fiction films.  So, when I had the chance to get a clock using these devices, I jumped at it.

After soldering the kit up, and going through the start-up instructions, I wasn’t confident that I could power it up safely.  So I placed the kit in its box, and before I knew it time passed…

… until I unearthed the kit a few months ago and passed it on to a friend of mine to check my work. The plan was to get his father to look over it, and see if it would work. After a few months, I saw the kit still in the back of his car, so I grabbed it and headed down to the CCHS with a skip in my step and a smirk on my face.

After an hour of checking and cleaning up some solder joints, I put in the PIC chips and powered her up. To my surprise, three of the six tubes fired up without an issue and glowed warmly. 🙂 Two others seemed to have a fault in them as if the leads to the tubes were shorting and firing off all the different segments.

The next step is to get some replacement tubes and change them out. I have some on order from Ukraine, so once they arrive, we will revisit this project! 🙂 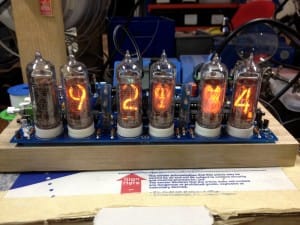