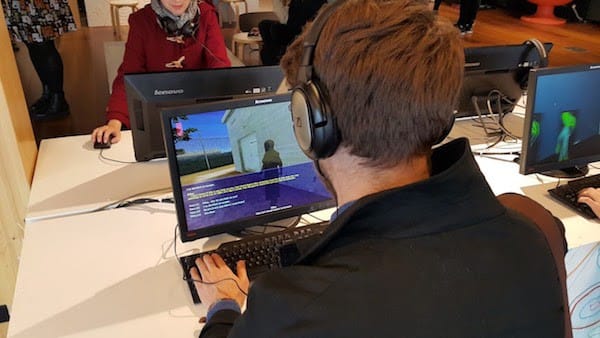 Contours – Charting the fringes of independent games in Melbourne and Australia.

One of the bigger projects I have been working on for Melbourne Library Service and Library at The Dock has been a video game exhibition focusing on the independent gamer community that thrives here in Melbourne Australia.

My first encounter with this thriving community began when I was asked to help with creating an 80’s type video game machine to highlight the independent video game “Quarries of Scred.” Created by Noble Kale, this project had a deadline for PAX Melbourne, a showcase and celebration of gaming in all forms.

Through my involvement at PAX I was introduced to the growing video game community in Melbourne and two things struck me hard during this introduction. First, the community consisted of amazingly creative gamers and programmers who had created a community that helps and supports each other, and secondly… how come the wider Melbourne community did not know what was happening on their doorstep? Time to get the word out with a possible video game exhibition?

As I discovered, the works coming out of the community struck a real cord with me and my filmmaking history. What I was seeing was not just game play, but multimedia being used to communicate the issues that the creators felt were important to them. These weren’t the games of early years with one-dimensional premises, in front of me were complex narratives and conversations being discussed in a gaming framework.

Late last year I approached my supervisor with the idea of creating an in-house video game exhibition at Library at The Dock that would showcase the community and the narrative games that were being created locally. The challenge was that unlike a traditional static exhibition, this program would have games that people could experience first hand, as well as examples of the work that went into the creation of the games themselves.

After some explanation to the programs department, and getting the go ahead, the possibility of the video game exhibition started taking shape. To help curate the program, I was lucky enough to enrol Chad Toprak as the curator of the exhibition and we set about exploring what we were going to present. Chad’s history of running events, such as Hovergarden, came into play and was instrumental in getting the exhibition together.

The exhibition consists of video game examples from various artists that the public can experience, video recorded interviews with the creators, examples of artwork, zines, and notes, as well as three  “In conversations” events with game designers from the community and a “New Games Night” allowing the public to see new projects first hand.

Chad also put together a team of amazing volunteers, especially Pritika Sachdev and Ben Turner, and helped co-produce the event with his team.

With the technical challenges expected in an interactive exhibition of this kind, Melbourne Library Services Information Technology department really stepped up to the challenge and supported the program in a way that allowed the exhibition to run on time and on budget. A special thanks to Ken Harris who allowed us to borrow technicians and equipment from his department to make this happen.

A special thanks to Ben Kolites for his support and guidance with this project. Without his belief and understanding I think this project would not have gone beyond the planning stage. 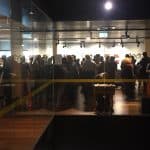 Opening night at Library at The Dock 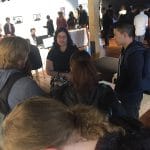 Early in the evening for the opening 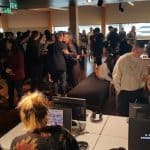 The crowd builds at the opening of the exhibition 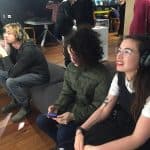 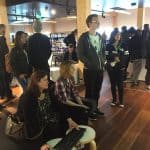 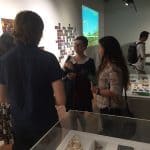 Networking at Contours as artists meet and share ideas 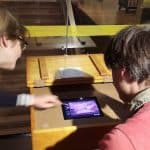 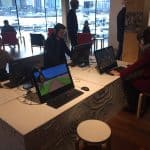 Exploring gaming within the library 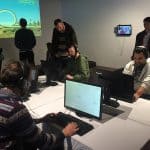 Gaming is at the heart of the exhibition

Full house for the opening night 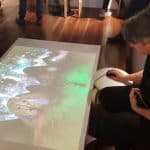 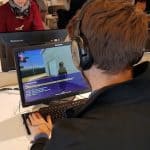 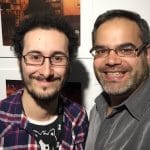