This weekend I went into the CCHS and assembled some prototype boards for a super secret Kickstarter project that will be launched later in the year.

These boards are the final step to getting the prototypes online and tested. They are all surface mount assembly; the parts are so small that it requires a microscope to build on a small PC board. It is a hard skill to master, but once you have some practice under your belt, the work is amazingly calm and a zen experience. 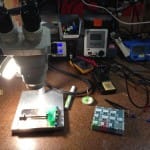 The soldering workstation at the CCHS 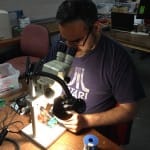 SMD takes concentration. Some parts are less than a mm wide 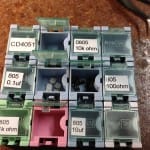 After seven hours of assembly, I had five boards made! Slow work. Think about how many hours would go into your iPhone if it was hand assembled! 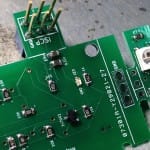 Components mounted on the board. 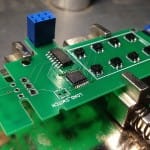 Flip side of the board, chips and sensors mounted using a board vice

I can’t wait to get this project out into the public arena, and this will be the perfect blend of my history of film and maker. Let’s take the fantastic and make it a reality!

Keep your eyes open, this is going to be amazing!