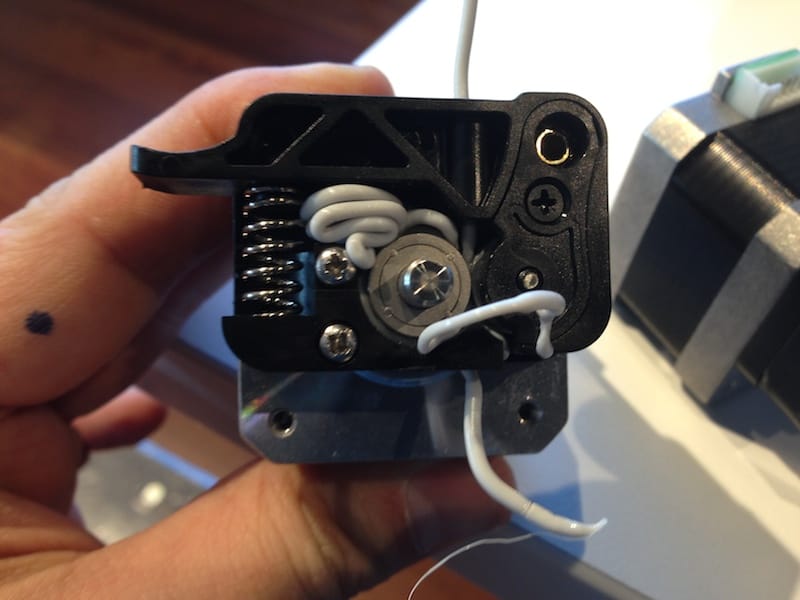 I’m lucky enough to have had some experience with 3D printers in general, but what greeted me at the Library at The Dock new 3D printer bar was a first for me.

Right now we have five printers currently at the library: a Makerbot Replicator 2; an Ups Plus; a Printbot (Makers edition); two Flashforge Creator Pro; and a very cool looking Ultimaker 2 which we have been lucky enough to try out on lone. Each printer has its advantages and quirks, but today I had to deal with something I have never seen before.
The Flashforge Creator Pro is a good solid machine based on the Makerbot Replicator 2. One of the major advantages is the ability for the printer to use Makerware/Makerbot bundle software to slice and prepare a 3D model, something I have been teaching in our basic 3D printer classes. As we use PLA filament at the library, we had to make some very small modifications to these printers, mainly adding a fan funnel and flipping the fans around so that air would blow across the heated plastic and cool, making the printing process flow smoothly and ending with a better result.

The Flashforge machines came with screws that were not long enough for use to swap the fans, and we left one machine in pieces with a note not to use it. Imagine my surprise when I turned up today to finish the install and found a mass of molten plastic wadded up against the hot end. Not a big deal, I heated up the hot end and the mass of melted plastic pulled away cleanly. It was only when I started trying to extrude filament that I heard the dreaded clicking sound of stepper motors not being able to move.

How I found the printer this morning. Chewing gum heaven. 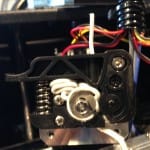 White PLA jammed and wrapped around the extruder

Blue PLA wrapped around the feeder 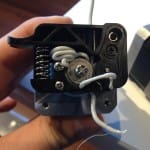 Houston, We’ve Had a Problem

I quickly pulled apart the extruder’s heat sink and was greeted with a most peculiar sight. Filament had wrapped itself around the feed spindle and then wadded itself up along the cavity where the release spring resides. I can only imagine that the printer was set for ABS, and with the higher heat, softened the filament to a point where it then folded and kept adding material until the space was completely filled.

Getting the filament off the drive gear 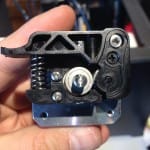 Cleaned -up and looking good 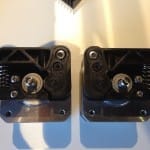 Extruders cleaned and ready to be installed 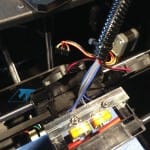 The view from the top assembly

Once the filament cooled, this material locked the extruders together and it was my job to clear them. With some elbow grease and a set of allen keys, I was able to get the filament out of both extruder assemblies. I had to take my time getting it free, but it was a big job moving hardened plastic. 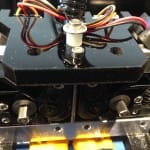 Extruders in place ready for the fans to be flipped 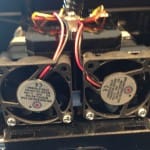 Fans Flipped and ready for the extractors to be mounted

After cleaning the extruders and putting them back together the left extruder worked, while the right extruder still has some issues. Definitely a challenging maintenance job but a true testament to how rugged these machine are. I am looking forward to getting the printer working, and seeing what the public will create with these amazing machines.