On the 25th of October 2015, Library at The Dock held its second Mini Make Day event as part of Melbourne Knowledge Week.

Mini Make Day 2 – Melbourne Knowledge Week built on the original Mini Make Day held in April bringing the Maker community and the public together under one roof and allowing the public to discover the incredible discoveries and inventions that are happening in groups and clubs all over Melbourne and Victoria. 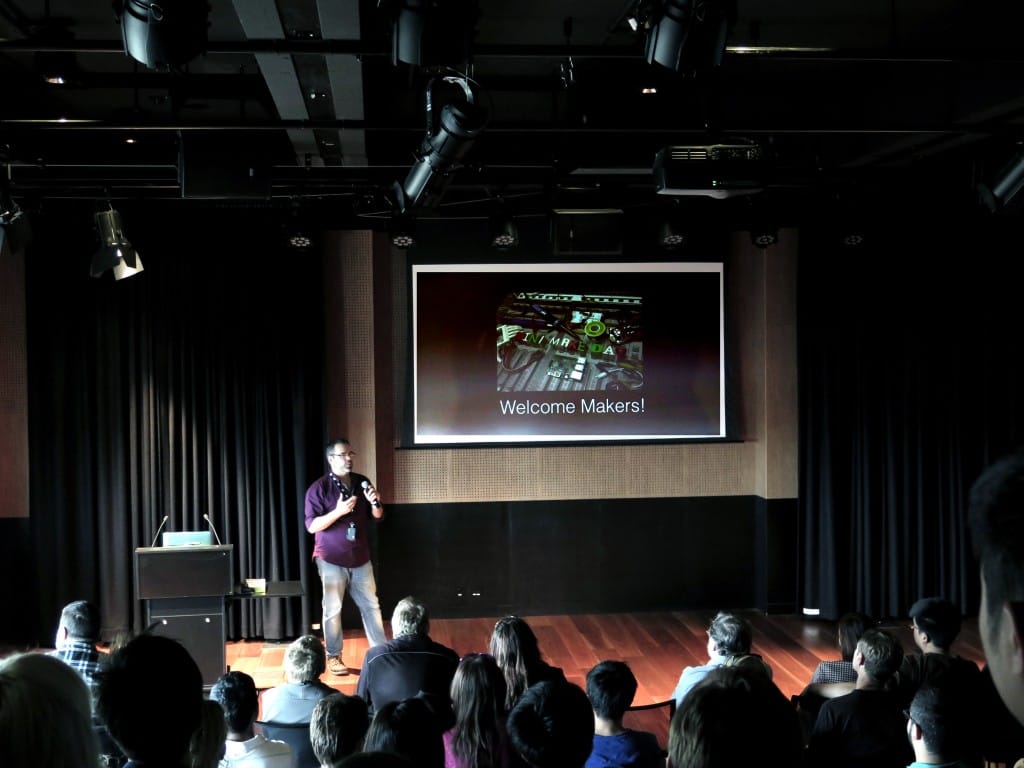 Growing on the original Mini Make Day, the sequel offered a number of events and talks, as well as delivering the same hands-on and meet-and-great experience as the first. For Mini Make Day 2, guests could :

Attend a keynote presentations such as :

“What Maker culture means to the world.” presented by Gil Poznanski, Creative Technologies Activator for the City of Melbourne. 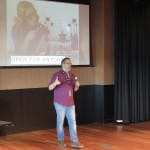 Gil explaining the future of Makerculture 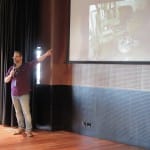 Gil presenting at what Maker culture means to the world

“How 3D printing is changing research.“presented by Dr Paul John Mignone, of University of Melbourne. 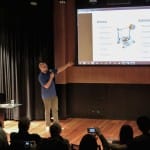 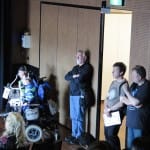 Packed house for the keynote talks. Standing room only

Learn how to Solder in the Makerspace, hosted by members of Connected Communities Hackerspace. This was a free drop in session provided by Melbourne Library Services allowing people with no soldering experience to come and build an LED badge and get some hands-on practical learning on the day. 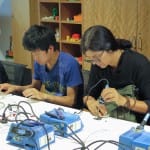 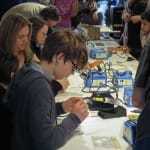 Busy sessions as people get hand on experience

A number of prepaid session were also on offer:

Wearables workshop
hosted by Jennifer Strover (@jenifferaviva) allowed participants to get an introduction to the flora, Adafruit’s wearable Arduino, as well as conductive thread and LED sequins to create pulsing heartbeats that can be programmed via USB. 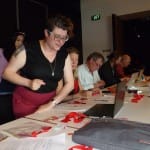 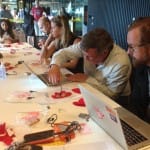 Working with arduino to create a wearable

3D scanning and Creation
hosted by Brad Hammond, Melbourne Knowledge Fellow introducing people to 3D scanning and Meshmixer, allowing people to mix up 3D data and create their own mashups to print and create.
For kids attending, we also held a number of kids’ workshops hosted by the Children and Youth Library team, allowing the young ones to explore electrical circuits and by using LEDs, creating Flashing cards and Blinking Creatures’ workshops. 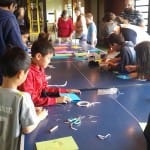 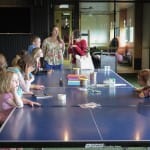 Getting ready to make some flashing creatures

The big draw to this Mini Make Day was the two Makers alleys set up on the ground and second floors. This allowed the public to meet with a great number of the Maker groups operating around Melbourne, take a look at a number of their wonderful projects, as well as get an idea about what was going on and how to get involved. 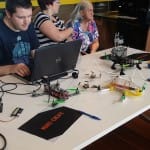 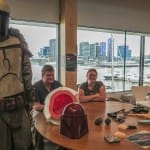 Robe and Blaster showing off their 3D costuming and prop creations 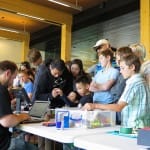 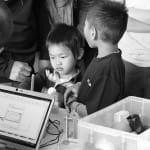 The next generation of makers checking out what is possible 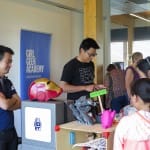 XYZ Technologies showing off the Ultimaker, and what is possible 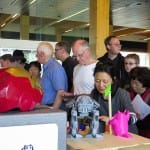 Maker Alley A is filed with the curious 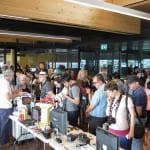 Level 2 is busy as people check out whats on show 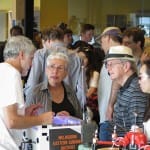 MESH sharing what they know with everyone 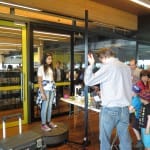 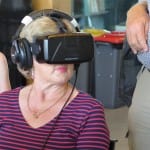 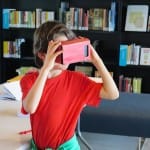 …comes in all forms and applications. 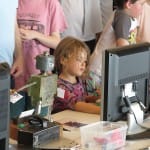 Mini Make Day is for everyone

The groups attending were from all over Melbourne and included :

Doors opened at 12pm and a solid flow of people continued through the day, taking over all the floors at Library at The Dock. Being part of Melbourne Knowledge Week brought in a lot of new people  interested in finding out about Maker culture and from the feedback we have already received, everyone had a fantastic time.

Check out what people were posting on social media and on storify!
https://storify.com/melblibrary/melbourne-knowledge-week-2015-mini-make-day

Check out these videos of the event!

The final result of The Robots Are Coming homemade 3D scanner.

Community Connected HackerSpace robot gave us a very unique view of the day.

And I even got to have some fun on the day!