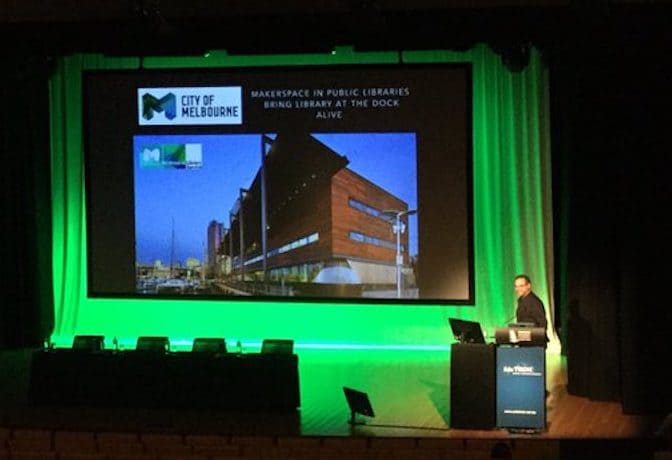 On 30th and 31st of May this year, Brisbane was host to Edutech 2016, the largest education technology conference held in the Southern Hemisphere, looking at technology and education. Part of the conference was the Future Library Congress looking at the idea of libraries moving away from traditional subjects and utilising technology as a way to engage with the public. As part of the speakers presenting Gil was invited to talk about the Makerspace program and the work he had done at Library at The Dock.

Gil spoke about a number of subjects in his presentation, including why the Makerspace was included in the Library, facilities, programming structure, events, and future plans for the program. The response was incredibly positive with a number of delegates requesting tours of LATD and further meetings to discuss the possibilities of partnerships with MLS. 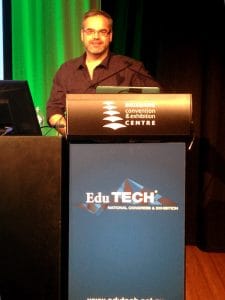 The conference was a great chance to meet other people doing similar work and share ideas regarding where the future of libraries and Makerspaces is headed.

If you are interested in viewing Gil’s talk, it’s available free of charge at ED-TV. Search under the name Gil Poznanski and learn about Makerspaces in the Library Service.

A big part of Edutech was the product Expo that brought the retail technology field together under one roof. It was really great to see some familiar names presenting and as Gil walked around, he could see that the future of technology and teaching worked very well together. 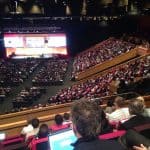 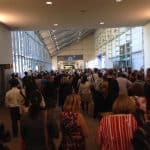 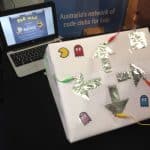 Make Makey Pacman game controller reminders me of something I had done in the past.

Edutech was a great experience and a fantastic way to meet people working in the same field. From the reaction Gil got from the library staff at the convention, Gil has no doubt that Maker Culture will become an ever-present offer in the library world. 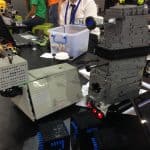 Dalek and K-9 in the kids robot challange 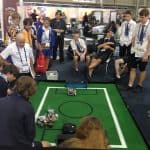 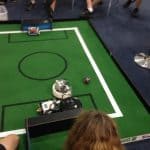 The robot challenge is on 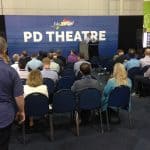 PD theatre brought in a crowd at the expo 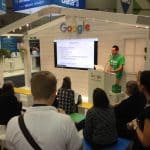 Google house in is the house