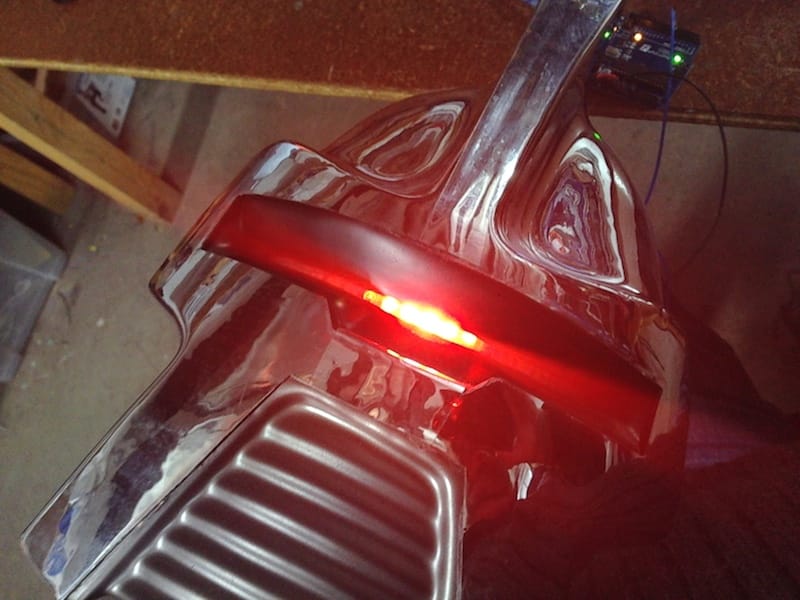 I have been really busy building and teaching at work, and have not had time to work on my own projects, so a week ago I took one of my projects-in-waiting out of mothballs and headed down to the Community Connected Hackerspace (CCHS) to hang out with friends and get some work done.

This particular project has a very long history, beginning with a very young Gil watching the first run of a television series from the US which was advertised as the most exciting thing ever made for television. And for a four year old boy, they were totally correct.

The TV movie was called Battlestar Galactica and was made right on the heel of the worldwide success of the original Star Wars. Made by Universal Studios and produced by the same special effects team who made Star Wars, I loved the spectacle unfolding in front of me. Years later I would use the series as a benchmark when researching visual effects technology for my Masters Degree, at a time when the new Star Wars films were being made and people felt uncomfortable discussing the subject.

The antagonists of the series were the Cylons, robotic warriors bent on the destruction of all human life. The Cylons were designed by Andrew Probert, whose first job in cinema design was Battlestar Galactica. Andrew and I have become great friends over the years, and I was lucky enough to flick through his sketchbooks when visiting him in the US. Some amazing design work, and some of it can be seen in his later work, such as Star Trek: The Motion Picture, Star Trek: The Next Generation, and Back to the Future, as well as many other projects. If you are interested in finding out more, drop by his website Probert Designs.

Years ago I was able to purchase the shell of a Cylon helmet and have had it on display for years. I always had a dream of installing an LED unit to replicate the scanning motion that was associated with the Cylons. You can imagine that in 1979, this was considered state of the art! 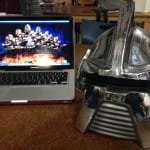 Helmet and Cylons from the show artwork 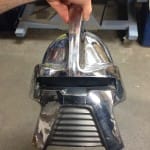 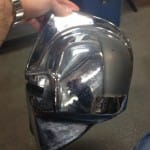 Side view of helmet design

While I found many options, it was not until last year that I realised that I could build my own LED scanning unit using a microcontroller and some LED strip. Using an Arduino board, I modified some code to create the Cylon eye effect, and then installed it into the helmet. Suddenly the Cylon head came alive, the eye rocking back and forward. 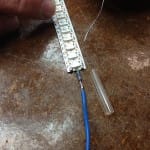 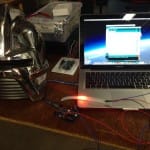 Testing the LEDS with an Arduino 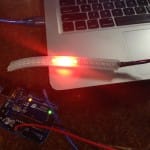 Close up of the eye effect

This was great, but there is no way I am going to stop there. Being television, the Cylon eye created its own unique scanning sound, and it was uniquely missing when the helmet was activated. So getting the audio sound synced to the eye is definitely on the list. And since I don’t have the rest of the armour to create my own Cylon, I have come up with a very fun and creative way to display this helmet. But more on that as I get it working.

If you’re interested in the show, check out Battlestar Galactica 1979 on Netflix. A remake of the series was made in 2003, but my interest was always on the show that helped a little boy dream.

“By your command.”
For more info on this project, check out this link.