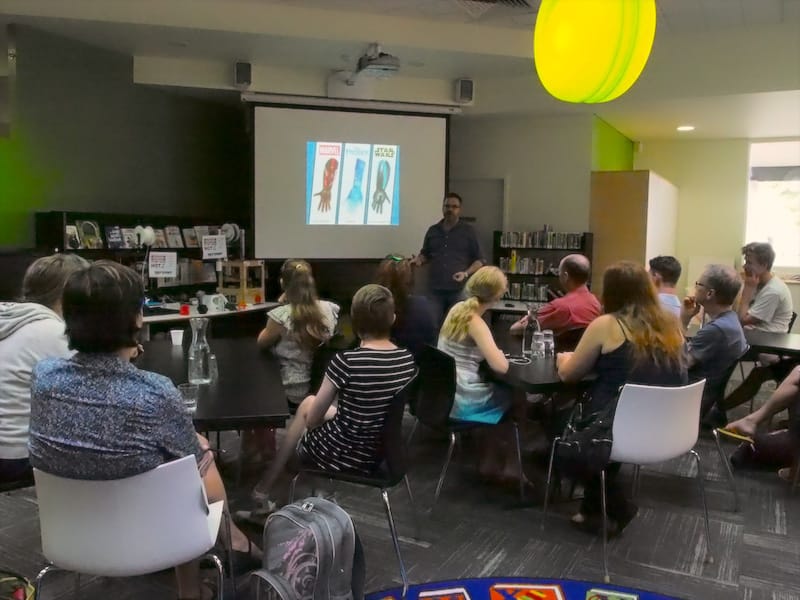 Early in the year, I was invited to head up to Wodonga (which is about 3 and a half hours out of Melbourne) to come and share what 3D printing technology is about and how people can get involved.

The first thing that surprised me when I arrived at the Town Hall/Library complex was the sight of six Tesla rapid charging stations in the main car park. While I have seen one in my travels around Melbourne, all six were a really surprising sight! The stereotypical idea of the country not being as advanced as the city was blown way out of the water. I could not wait to see what else the day brought… 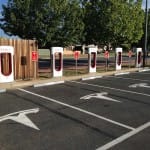 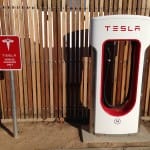 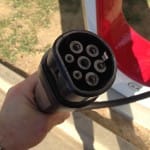 The day had been planned out with Tania, the technology librarian at the library, and with a full day planned, I went about setting up the two 3D printers I had brought with me and some printing examples.
I wanted to bring some 3D printing history with me, so I set up my Makerbot Thing-o-matic, one of the first complete kit 3D printers that made Makerbot one of the leaders in 3D printing. This machine is solid, built in a wooden frame and always brings delight to anyone interested in seeing it in operation. This printer was built by Dave Chandler and runs extremely well. Its main use now is as a teaching aid and demonstration machine. When I was unpacking it from the car a business man took one look at it and commented “That’s an interesting…. contraption!” How right he is. 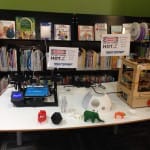 Setting up my machines for the session 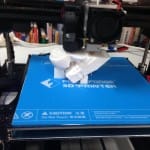 Printing an astronaut for the library to display 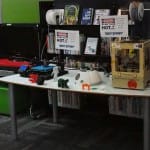 My little corner in the library for the day

The other 3D printer I took up is my new Wombat 3D printer. This machine was constructed over the Xmas break and you can read more about it in an upcoming blog post. Australian designed and made, this printer really impresses me with its printing results and simplicity of design. You can buy them assembled or in kit form. If you want to learn about 3D printing and are up for a challenge, the kit will provide you with an incredible learning experience.
The day was broken down into a number of sessions: an introduction to 3D printing history; a quick look at how someone goes about creating an object to print;  two general question and answer sessions; as well as a children’s 3D Doodler session, allowing the kids to build their own take away creations.  During the day, the Wombat was printing an Apollo Astronaut that will live in the Wodonga library as a reminder that you have to take a big step to discover what the possibilities of the world are out there. 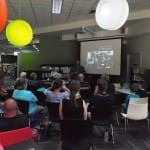 Teaching about the history of 3D printing 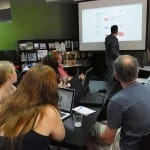 Looking over Tinkered and the basics of CAD 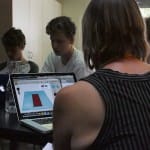 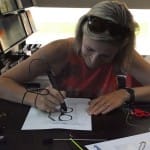 Using a stencil for a clean looking piece of art 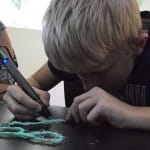 As always, I was thrilled to be sharing what I love about technology and creating things, and before I knew it, the last session was over and it was time to head back home. I want to thank the people of Wodonga for sharing their ideas and interests with me. Collaboration is the key to changing the world. And, as I always say, “I know what I am going to make, its exciting to see what YOU are going to make.”
Big shoutout to Tania at Wodonga Library for making this event happen.