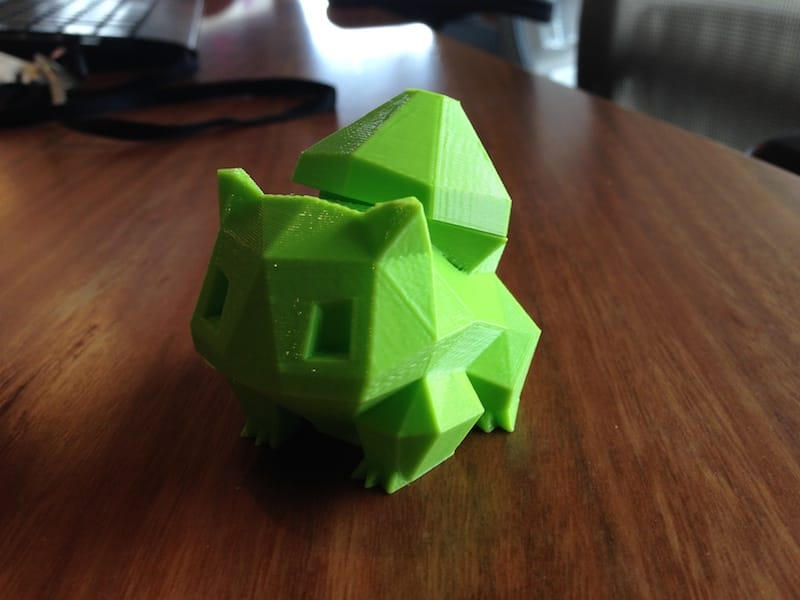 Working at the Library, it’s not uncommon for some to approach me in the Makerspace and ask me directly to build a 3D model to print for them. Most of the time after listening to their requests, I smile and offer to teach them how to build their own 3D model to print, pointing them to the classes on offer at the Library. But once in a while I can’t help but say yes.

In this case, one of my colleagues from the City of Melbourne approached me to discuss the possibility of creating a ring box for his future fiancée. Being a total romantic at heart, I was happy to help, but that’s when he dropped the twist to this request.

“Can it be in the shape of Bulbasaur?”

“Bulbasaur? Bulbasaur? Like in Pokemon?” I smiled, while my brain was doing back flips.

For those of you not familiar with Bulbasaur or the Pokemon universe, here is an explanation from our friends at Wikipedia: 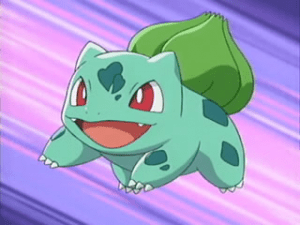 Bulbasaur as seen in the Pokemon cartoon

“Bulbasaur is a Seed Pokémon and a combination of the words “bulb” and “dinosaur” that can survive for days solely on sunlight. It is a central character in the anime, being one of Ash’s main Pokémon for the first season, and a different one later being obtained by May. It is featured in various manga, and is owned by main protagonist Red in the Pokémon Adventures manga. Bulbasaur has been featured in varying pieces of merchandise, including toys, key chains, and plush dolls.”

So as you can see, Bulbasaur is a main player. Who knew? On to building the ring box.

When the Library first opened, the Makerspace team started printing out a large number of 8-Bit Pokemon to show how the 3D printers worked, and on occasion, give them away as gifts. Luckily my colleague has seen one of these 8 Bit Bulbasaur, and after a brief discussion, we had a plan to turn this model into an engagement ring case.

The idea was to modify the back of Bulbasaur to make the top of the bulb removable to reveal a hollow which would contain the ring. Now with a workable idea, I turned to a fun and fast CAD app to do the final design work.

As I uploaded the STL to Tinkercad, I was able to separate and then create the hollow and top parts of the design. By extending a cylinder to form a plug from the bottom of the bulb, the top piece would be able to fit press into the main body, and hold it flush before this Pokemon’s hidden treasure was revealed at the right time.

The first test worked out so well that the only issue we had was that I didn’t have any green filament on hand to match Bulbasaur original colour. Once printed again in green, all that is needed is to sand the inner cylinder back a little, to free
up the top as it is a tight fit.
Last week, the final green Bulbasaur engagement ring box was picked up from the Makerspace and I’m waiting to hear the good word from the big event. If she doesn’t say yes, she’s missing out on a great guy who gets what she loves.

The printed ring box from the front 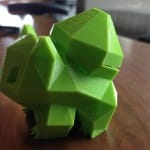 Side test with the top test fitted 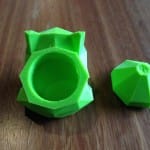