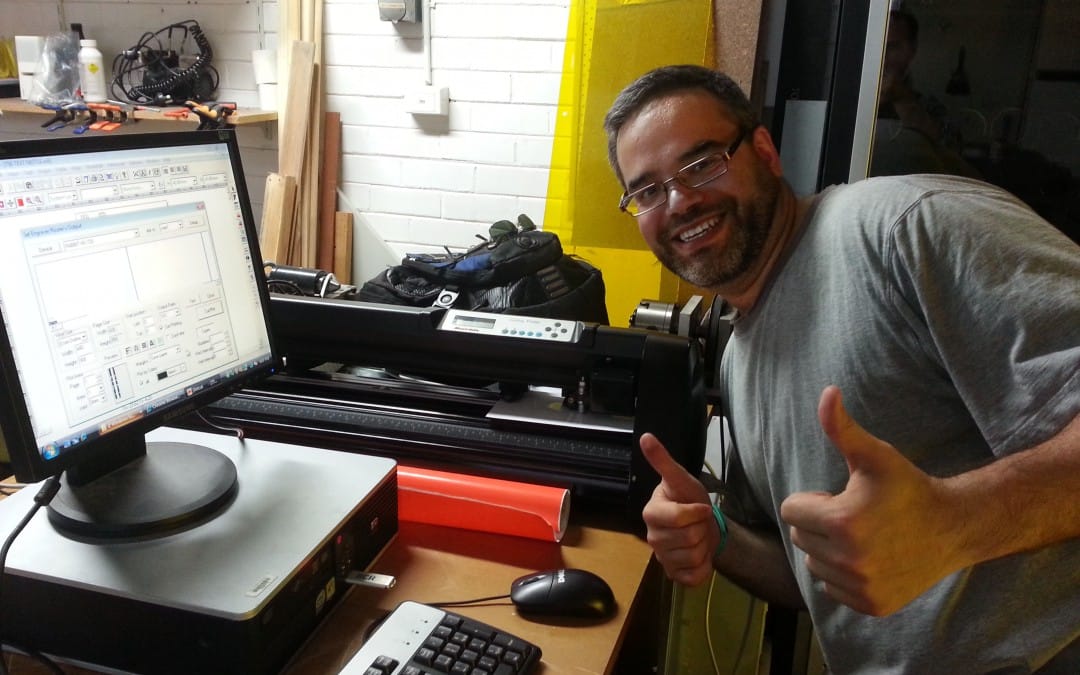 Almost a year ago, I was lucky enough to purchase a vinyl cutter that was not operational at the time. While the machine had seen better days, it took a little bit of time to get it back up and running. The first problem I had to tackle was to get it powered up, and after some poking around, I was able to repair the power issue.

Last week after months of the machine sitting to the side of my office, I dragged it down to the CCHS to see if I could test the software and get some results. Lucky for me, John Spencer was about, and in less than five minutes had the software installed and we were running tests on the system.

This machine is amazing, and I can see it is going to get some great use! I have yet to cut any vinyl yet, but by placing in the ballpoint pen adaptor, we have had the machine plot out some interesting test.

At this time, it runs through the parallel port on a desktop computer, but this week I plan to explore the possibilities of using a USB/Serial adaptor so I can run it off a laptop.

One more CNC machines for the workshop. I see a lot of KTS stickers being cut and placed over everything!