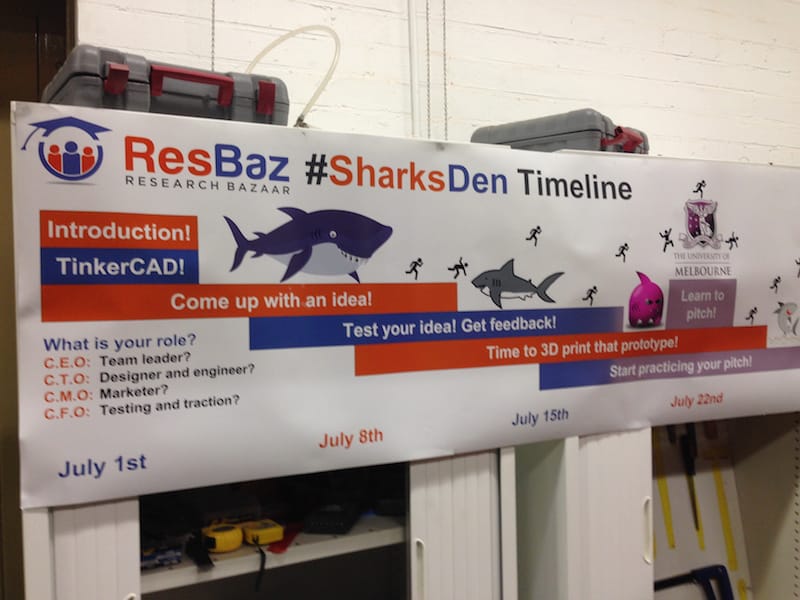 One of the most enjoyable tasks working for Melbourne Library Services as the Creative Technologies Activator is introducing and teaching the public about additive manufacturing, commonly known as 3D printing.

During my time here, I have developed a three class course that teaches a complete novice not only the HOW of 3D printing, but the WHY. Why is this technology such a game changer? Why would I want to learn how to build an object in CAD and have a printer grow that object? Why is it important for me to create something and change the world, whether it be on a micro or global scale?

If you have been scanning technology threads in the last six months, you would have seen some amazing applications of 3D printing technology: children getting prosthetic arms that look like Iron Man armour; turtles getting 3D printed polycarbonate jaws to replace the mouth damaged in a marine accident, and every day seems to bring a new example of this growing technology. The creation of products designed to make life easier developed completely through the additive manufacturing workflow.

So when my friend and colleague Paul Mignone from the University of Melbourne asked me to be a part of the 3D printing Sharks Den program being run by The Research Bazaar, naturally I was both curious and excited about the idea. I love to see what people want to create once they have access to this technology. Some of the things I have been able to help with have really knocked my socks off.

It didn’t take long for me to discover what the Sharks Den program was. A rapid incubator program that trained future inventors the basics to get their products developed, prototyped, and pitched to potential investors. My first thought was… “Lets go!”

Heading into the Engineering lab at Melbourne Uni, I was greeted by four groups of enterprising inventors, all collaborating to develop the ideas they had brought to the table. Some of the ideas thrown around astonished me. Underwater jet packs and mermaid fins to help quadriplegics swim, self generating bike lighting systems for visibility, and so much more. 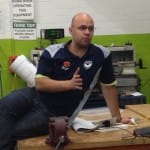 Paul talking to the teams 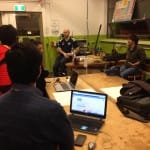 In the engineering workshop, Melbourne University 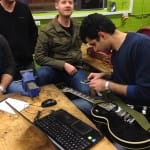 Guitar team working on their prototypes 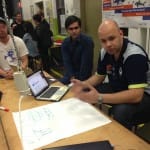 Paul hands on with one of the Sharks Den team

The Sharks Den team chose Tinkercad as the platform to introduce 3D modelling to the teams and, as this is the platform I teach at The Dock, I was introduced as a on hand resource to help them get their ideas into the prototype stage. As I went around to talk to each team, I saw practical ideas taking shape. While I helped with fleshing out the CAD models, I also had the chance to discuss where they wanted to take their designs, how they could think further ahead and start building into their prototypes the ability to evolve and have upgraded versions of their base models as an offering to the investors.

I also loved the pioneering spirit of the teams. Not everyone was going to build their models in CAD. One of the teams build a plasticise model and had it scanned, mixing real world prototyping and then using that data as a base to build from. When they reached a dead end with how to import that into the system, I introduced them to NETFABB, helped clean up and slice the model so that they could take it into a practical arena. 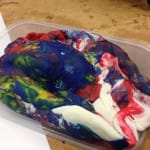 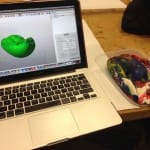 Scanning data on my computer, preparing to clean up with NetFabb 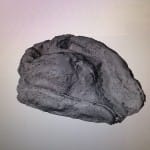 Using the 3D printing lab at Uni of Melbourne, the teams got to print out their prototypes. It was great to see the faces of team members watching their designs coming together and grow before their eyes.

The program is broken down into a number of weeks and I was involved in week three. Just a few weeks later I was invited to watch the final judging panel and see how the teams pitched their ideas to future investors.

It was fantastic to see these groups come together and see the final presentation. What had just been discussed a few weeks before had now become working prototypes, something the judges could hold and evaluate its viability. In this day and age the power of the prototype is everything. 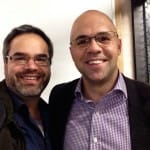 Paul and Gil just before the judging starts 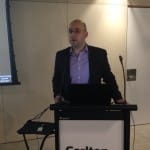 Paul introducing the teams to the judging panel 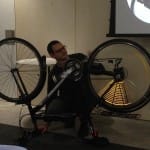 Bike light being demonstrated in presentation

The winner of the first round of Sharks Den was a surprise in itself, an ergonomic computer mouse design. This went up against a self generating bike light for visibility, a modifiable phone case designed for flexibility, and guitar accessories to individualise a rockstar’s motif.

It was a great night giving the teams valuable practice at pitching an idea and product to investors and the public in general.

Check out the highlight of the night below.